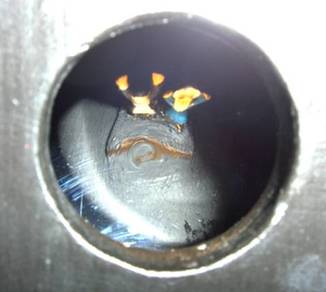 When you look into a typical plane mirror, the objects that you see appear to be somewhere behind the mirror. This is because your eye sees the reflected light and extrapolates its path back to a point behind the mirror where it appears to originate from. What you see is called a VIRTUAL IMAGE Plane mirrors are incapable of producing a REAL IMAGE because parallel light rays that strike the mirror will always reflect parallel to each other. Reflected light rays must intersect in order to form a REAL IMAGE. 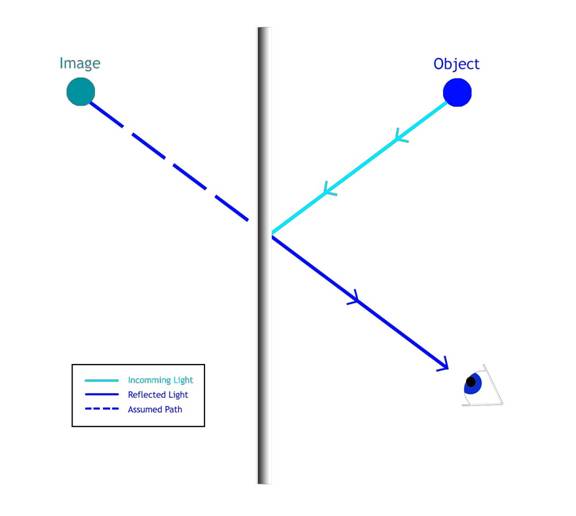 When parallel light rays hit a concave mirror, the mirror's curvature causes them to be reflected non-parallel to each other. If an object is placed beyond the focal point of a concave mirror, all light rays from a single point on the object will intersect at a single point upon reflection. Light rays converging on a single point in real space will produce a REAL IMAGE because the light rays appear to be radiating from that point as they continue onward. Parabolic mirrors can produce images that look as if you could reach out and touch them. 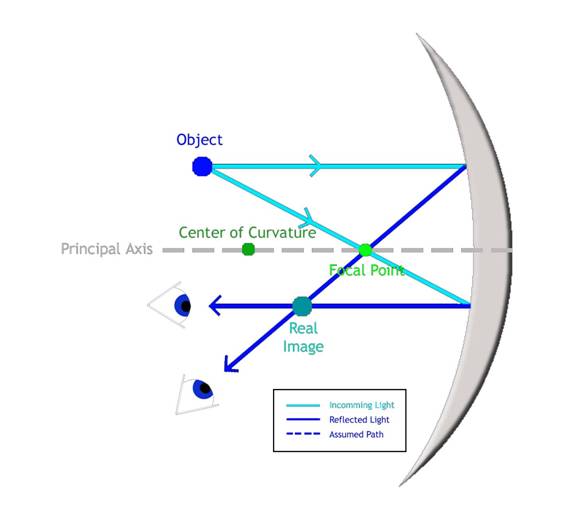 Other Properties of Concave Mirrors

Concave mirrors can also create a VIRTUAL IMAGE. If an object is placed closer to the mirror than the focal point, the reflected light rays diverge. An observer would see a virtual image located somewhere behind the mirror because the light appears to originate form that point. When an object is placed exactly at the focal point, the reflected light rays run parallel to each other and no image is formed. Instead, you would see a wide beam of parallel light like that of a flashlight or the headlights of a car. 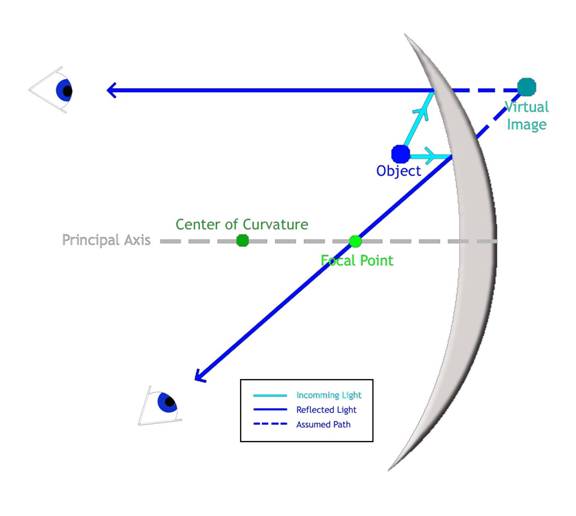